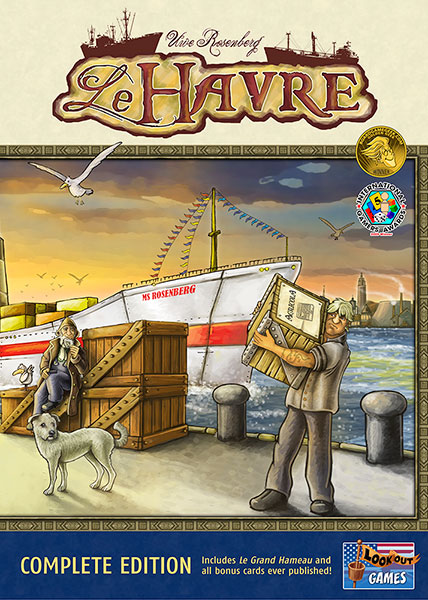 The town of Le Havre has the second biggest harbor of France (the biggest one is in Marseille). Apart from the size, Le Havre has a very interesting name, too. The name was adopted from Dutch and means nothing else than The Harbor. However, the French like their language best (at least that's what the cliché says) and nowadays the call the town Le Port (which, again, means The Harbor).
The overall gameplay of Le Havre is simple. A players turn consits of two parts: first you resupply the resource fields and afterwards carry out one action. Available actions are e. g. taking all resources of the same kind from one field or using the abillity of a already build building. Using buildings the player can refine or convert goods, sell goods or build ships or buildings. They are not only an investment, but can actually generate income as using buildings from another player costs a fee. Ships on the other hand a mainly used to get food for your workers. Each round consits of seven player actions and is finished by a harvest phase in which players gain agricultural products and need to feed their workers. After a certain amount of rounds (depending on player count and game mode) every player is allowed to do one last action before the game ends. Buildings and ships have a financial value which is added to the players wealth. In the end, the player with the most money wins.

We properly don't need to tell you a lot more about Le Havre as this classic is succesful since 2008 and sometimes even considered to be (at least) as good as his one year older brother Agricola. However, we want to mention that the new Complete Edition from 2018 is the perfect version for all who don't have it yet, as it includes not only the Le Grand Hameua mini expansion but also all ever released promo cards. Some minor improvements on the material of the game are also included, e. g. tha game board is now a folded board which gives more stabillity than the old one which was separated into three parts. All in all we think it's time once more to become a tycoon and enter the town of Le Havre 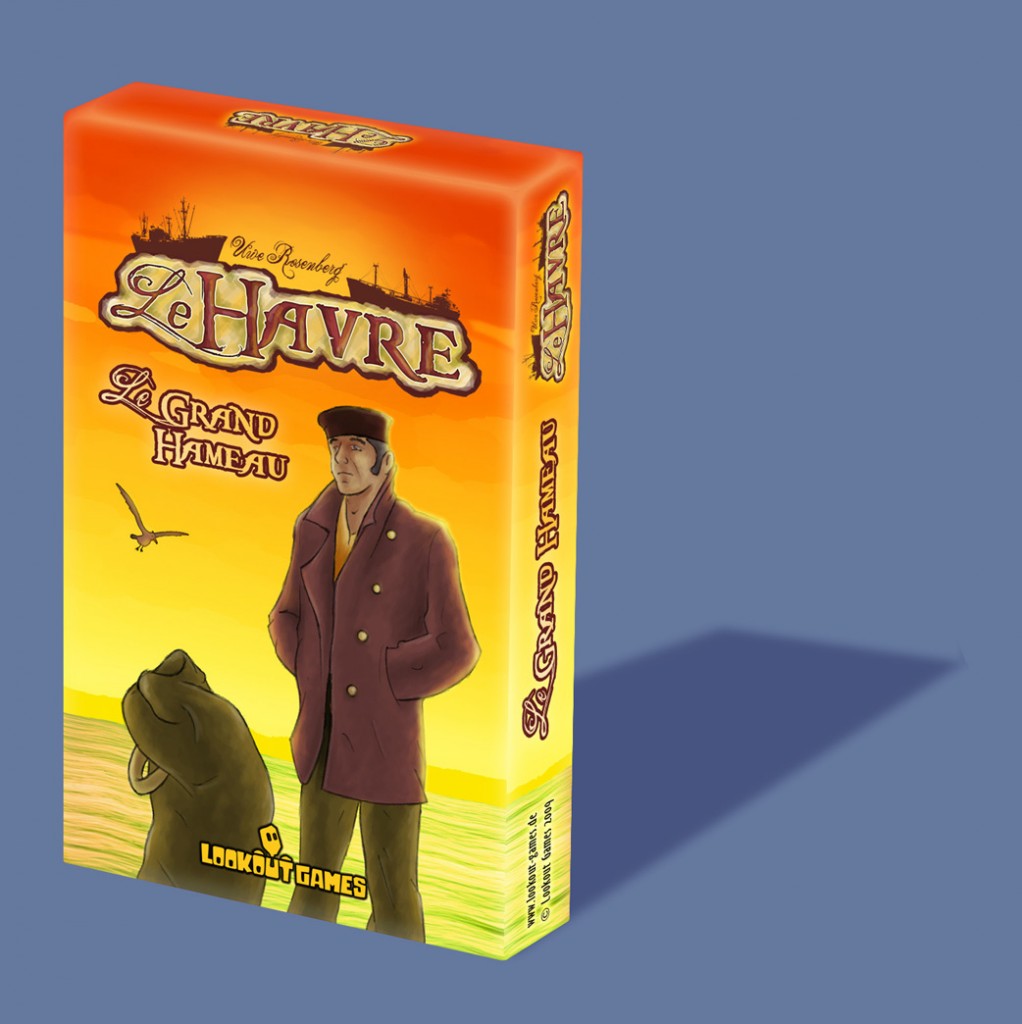 Where can I find the "Le Grand Hameau" mini expansion?

The "Le Grand Hameau" mini expansion is out of stock and will not be reprinted anymore. That's because the new editions have it already included.

Where can I find the promo cards for Le Havre?

You can try to ask our online shop team if they have some left in the warehouse, but that's it. On the other hand you might not even need them, as the newest edition of "Le Havre" already has them included!